What is advance care planning (ACP)?

Advance care planning is a process that supports individuals to make plans about their future wishes and medical care. It’s a way for you to think, discuss, decide, and share what matters most to you.

Read More: ‘Does Your Family Know Who Handles Your Legal Matters?’

‘’Nearly three out of four of those (73%) of those who had done so were alive after a year compared with over half (57%) of those who hadn’t. While there was no significant difference in survival between terminally ill cancer patients who had and hadn’t had an advance care planning conversation, there was between those with other types of terminal illness, the analysis showed.’’ – according to BMJ Supportive & Palliative Care.

The researchers suggest that one plausible mechanism for the positive effect on survival may be that patients with non-cancer diseases realise the life-limiting nature of their disease through ACP (Advance Care Planning), which may change their attitudes towards life-prolonging treatment.

”This may change their views about having treatment that prolongs life, such as steroids, which, paradoxically, have been associated with a heightened risk of death and other illness – at least among those with serious lung disease”, say the researchers.

“[Advance care planning] was associated with a significantly improved survival among terminally ill patients, primarily [those] with non-cancer diseases. However, the analysis was explorative, and the association must be investigated further before drawing any firm conclusion,” they conclude. 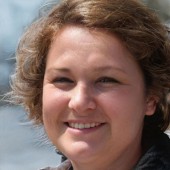 Talking With A Child About Death

3 Tips For Living In Uncertain Times

Talking With A Child About Death